This course can be done for fun as a standalone Skill Development Course, however it also covers lectures DT9, DT10 and DT11 and open water lesson DO5, and therefore counts towards your Dive Leader training. 6 students from a variety of places including Guildford, Hertfordshire and Gravesend (plus Chris and Victor from Bermondsey branch) attended the course. Andrew MacLean was the boss for the day, with Caroline and Craig also instructing. 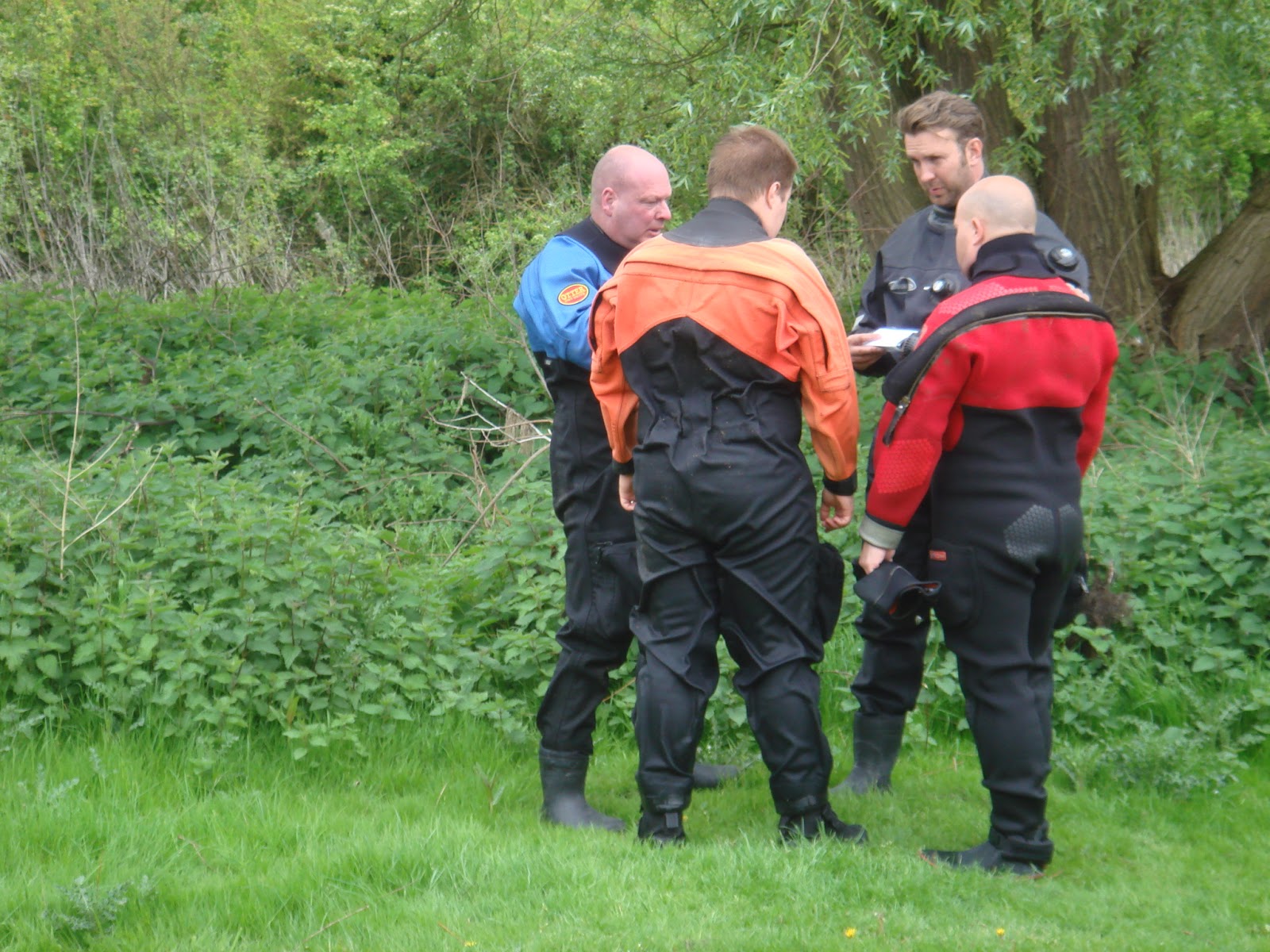 The day began at Maidstone SAC’s building. Straight away we split into groups and were given 2 incident scenarios where we had to consider how problems could have been prevented, and how they could be dealt with. Those simple exercises got us thinking about what common sense preventative measures we could put in place when diving with our respective clubs, to reduce the risk and seriousness of incidents. 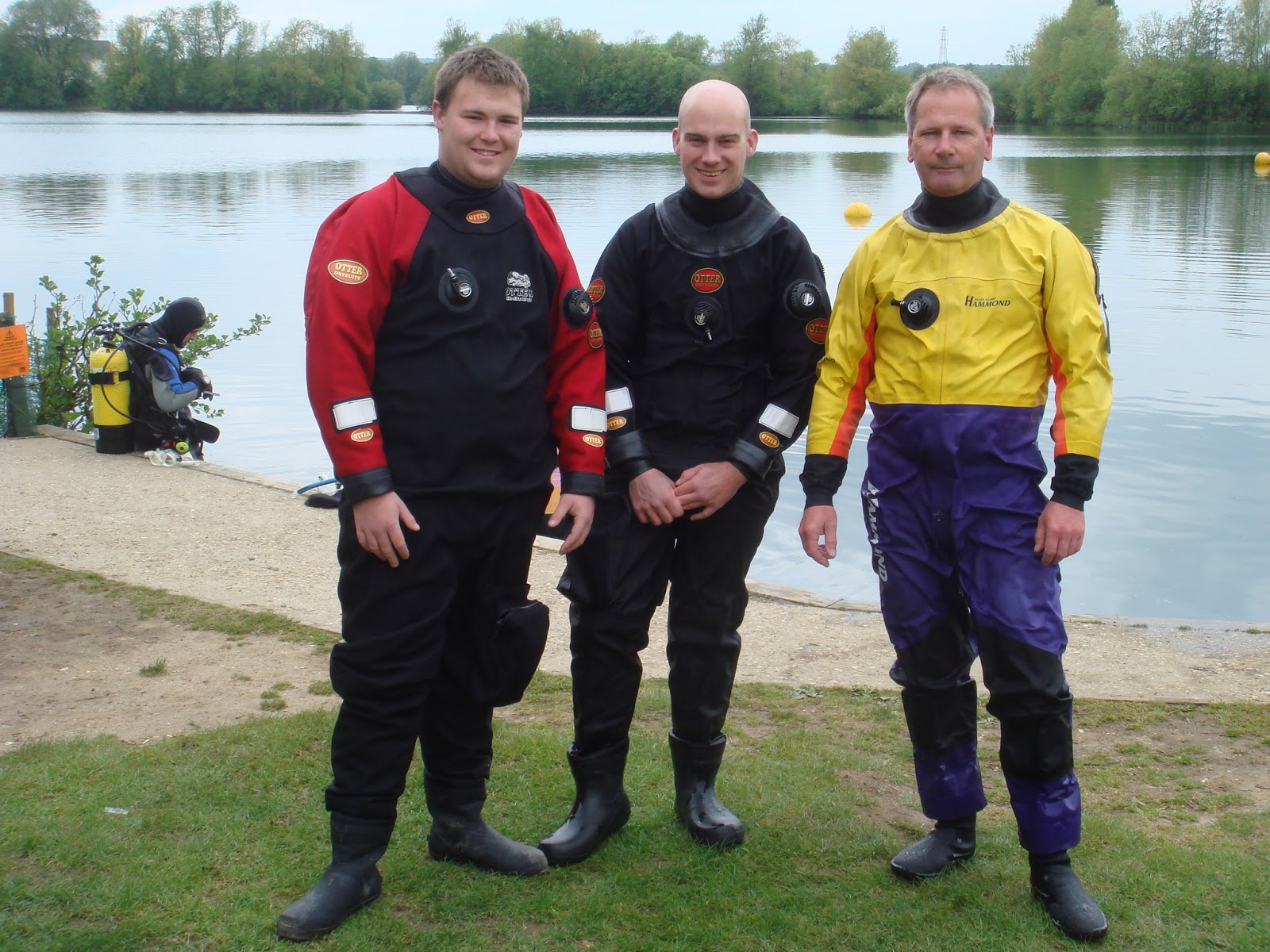 The morning continued with lectures, and then arrangements for the afternoon’s practical session were made. This involved driving northwards in a convoy to Leybourne Lakes, paying and collecting the gate key from the hut at the west end of the site, and then driving back around the lakes to the far east end and finding the divers’ car park. At the end of this slightly complicated journey we moved to an ideal area for the afternoon’s exercises – a good, dry, tidy area of grass with plenty of space and a convenient water entry/exit point. 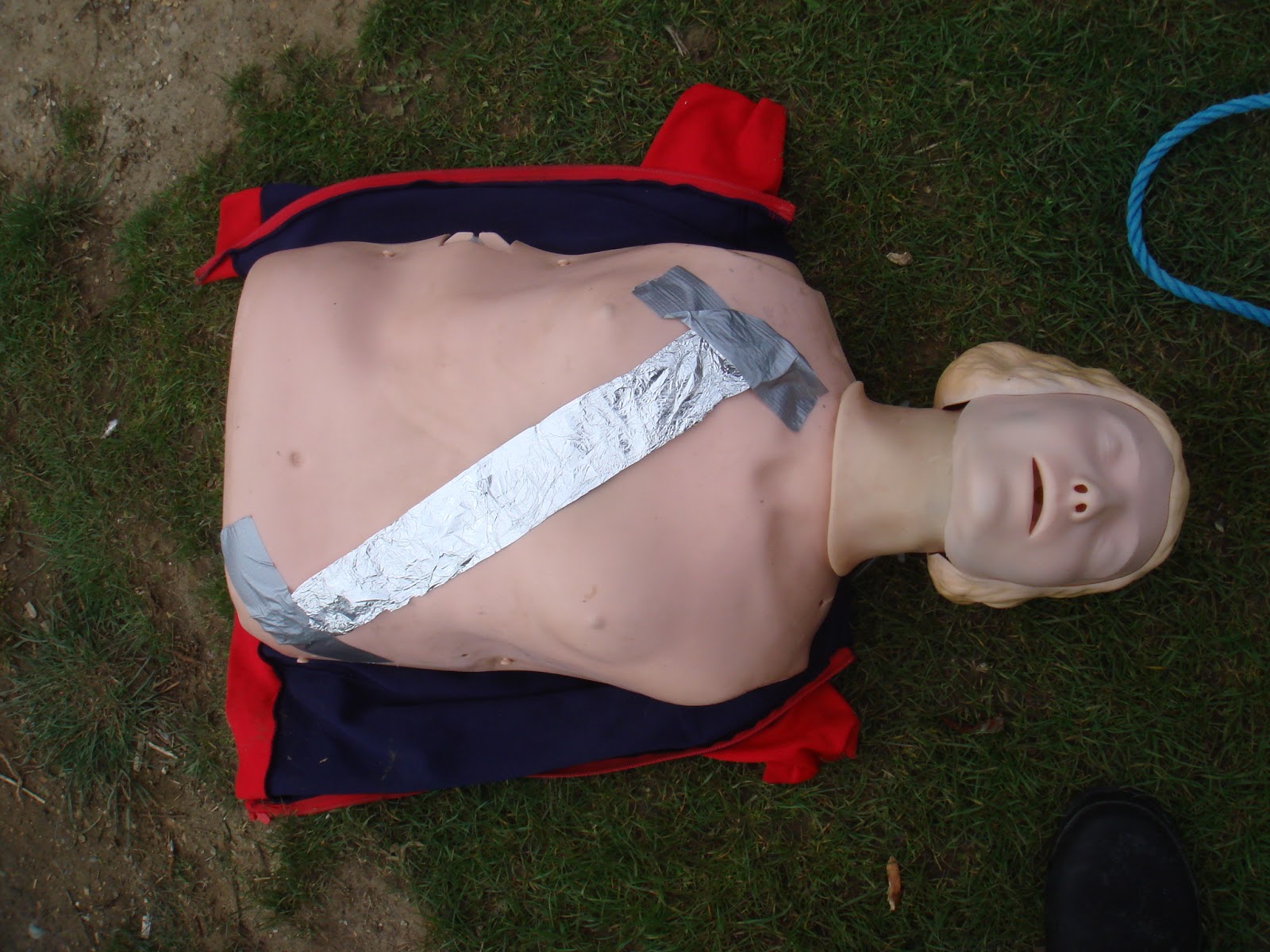 The first rescue scenario was managed by Andrew, and then a further 6 scenarios followed, each one different to and more complicated than the last. Every student took a turn being rescue manager, without being told in advance what the scenario would involve. The rest of the group played the various roles of buddy, rescue assistant, unconscious/bent/panicking diver, first aider and interfering passer-by. Early awkwardness (who enjoys role playing with strangers? – anyone?) soon disappeared and by the end of the afternoon we’d witnessed some impressively theatrical vomiting (bad fill scenario), panic and cadaverousness. Passing dog-walkers were quietly informed that there wasn’t actually a real incident occurring. Chris was the last of us to be rescue manager, and was given the most challenging scenario to deal with – there were casualties left, right and centre. Those of us who hadn’t administered oxygen or used a defibrillator before were shown the basics.


The day was well organised and illuminating, and left us much more confident and informed as to how a rescue scenario can be managed. Log books signed and paperwork issued, we were done by 5.30pm.
Posted by Brett Parker at 02:38