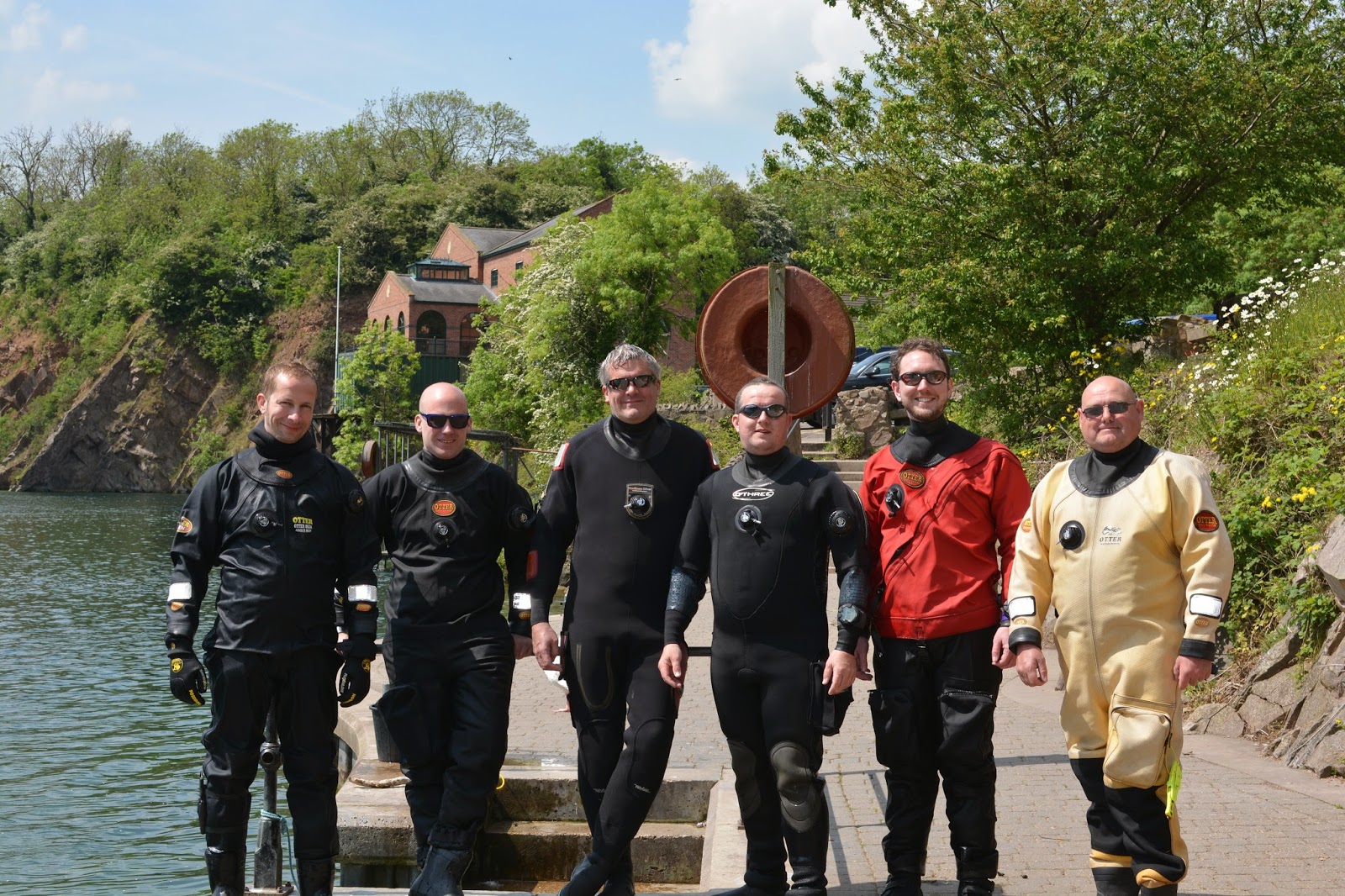 Another early start, with 6 of us taking a day off work to get to Stoney Cove for its 8.30am opening. The club hadn’t been to this dive site for a while, largely due to nearer lakes (Holborough, Buckland and Divers Cove) offering adequate conditions for Ocean Diver and Sports Diver training. For Dive Leader lessons DO1, DO2, DO3, DO4, DO6 and DO7, however, we needed depth, hence the trip up to Leicestershire. Instructors were Brett, Kim and Steve, students were Grant, Victor and Chris. Entry to Stoney Cove now costs £18 per non-member diver for the day. The place was thankfully fairly quiet, it being a Monday morning. 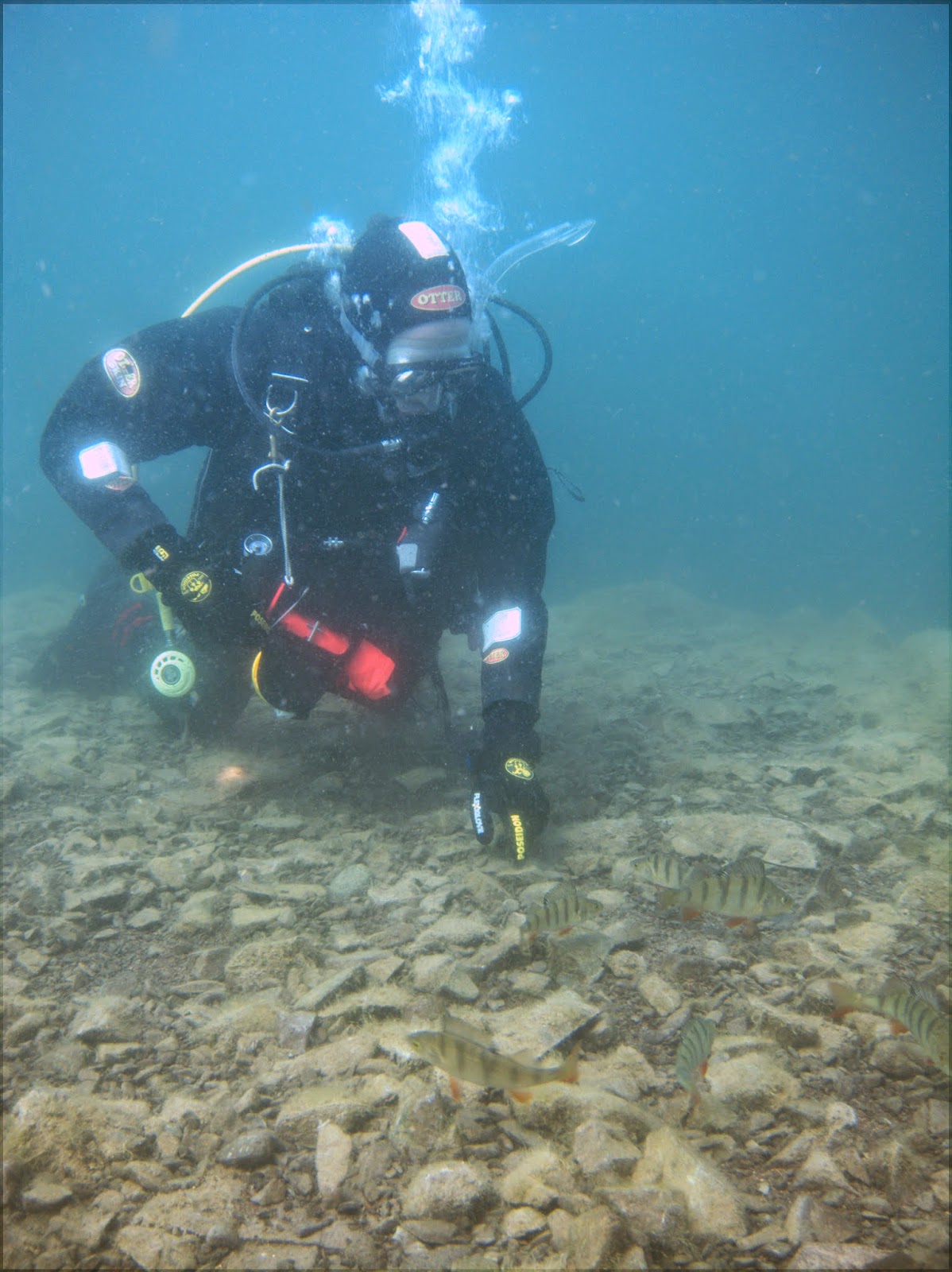 The sun beat down on us as we kitted up in the car park, so it was a relief to get in the water (8 to 12 degrees C) at 9.41am. Controlled buoyant lifts, mask clearance, DV retrieval etc were completed before divers went into buddy pairs for a bimble, visiting the Stanegarth, the Nautilus and the pumphouse. The first dive lasted 45 minutes, and reached depths of over 20 metres. The second, 59 minute dive at 12.41pm reached similar depths, covered dive leading, CBL (again), air share ascents, mid-water DSMB deployment, and a shot lift. Much hilarity ensued as students later attempted solo lifts of casualties out of the water, up the concrete ramp. Brett assured us that this exercise was indeed part of the Dive Leader syllabus, and had not been added in for his own amusement. 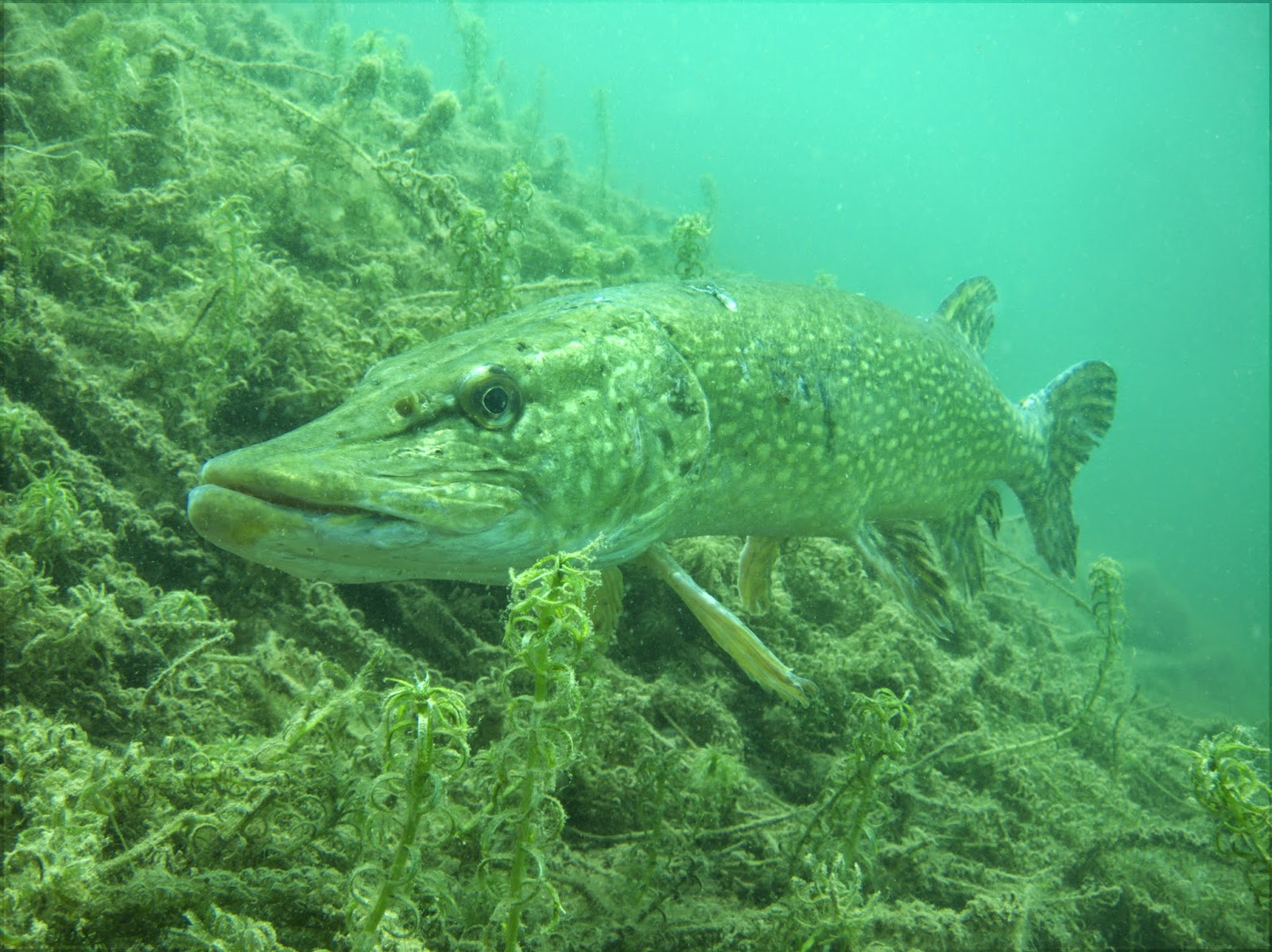 Exercises done, bimbling around Stoney Cove was quite enjoyable. Brett got some good pictures of the resident pike and perch, helped by the good visibility and direct sunlight pouring into the water. We left the site at around 3.30pm after lunch and signing of qualification records in Nemos.
Posted by Victor at 12:32