Some of us had been curious for a while about this dive site, which featured in a Sport Diver article a few years ago ( http://www.sportdiver.co.uk/Diving-Locations/England-South-East/Above-18m-Margate-Kent ) and is only a 90 minute drive from SE London. NB – this site is not to be confused with Margate’s rectangular “boating pool” or lido, both of which are further west along the coast. 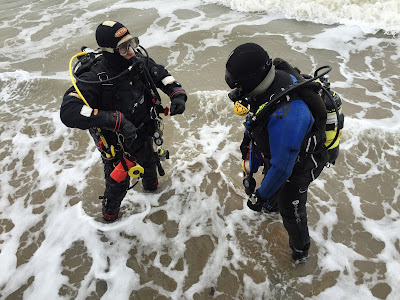 Arriving at midday, the waters in the pool were calm and settled, and appeared to have some – albeit not amazing – visibility. The tide was coming in. We parked in the free car park (immediately adjacent to the water, and accessed via Hodge’s Gap), Ken and Ruben got hot chocolates from the caff around the corner, Victor did a reccy to the Walpole Bay Hotel (food until 5pm) and nearby bowling club (lunches until 2pm and bar open later), and Sally and Clive provided shore cover, assisted with kitting up, and made a photographic record of the club’s first UK dive of 2016. Lee’s video of us kitting up is now online: https://www.youtube.com/watch?v=pcoX-JGoWYg&feature=youtu.be 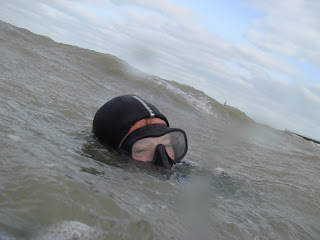 Unfortunately, by the time Lee and Victor had kitted up, waves were rolling in over the pool walls, reducing visibility to zero. Entry was tricky, and the waves made it difficult to reach any of the 3 pool walls, so we decided to swim underwater into the centre of the pool in an unsuccessful search for anything of interest, or at least an area with better visibility. We had to dive hand-in-hand, as the visibility was so bad we could not even read our computers, and there was a high risk of losing each other.

After around 20 minutes in the water (or less, according to our computers which wouldn’t register the shallow parts of the dive), we exited via the steps (the beach between the cliffs and pool was now submerged), with Ken gallantly wading in to help us out. Depths of 2.5 metres were reached. Water temperature was 6 to 7 degrees, but we didn’t feel cold due to our physical efforts and the shortness of the dive. 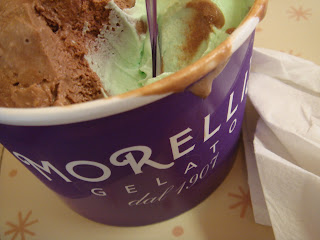 Had we arrived 2 hours or so earlier, we might have had a decent dive, however the rough seas and our decision to dive close to high tide meant we didn’t see anything today. Still, we got the chance to test new and old kit, and learnt useful lessons about the effect of tides and conditions at this site, about its suitability for training and novice diving, and about on-site and nearby facilities. We’ll be back, next time diving closer to low tide (with a possible second dive outside the pool wall earlier or later in the day), in better conditions.

After today’s short dive we drove down the road for ice cream at Morelli’s in Broadstairs. We deserved it.