For the August Bank holiday, it was a four day trip to St Abbs and the Farnes, all of 30 miles apart but in different countries, for some relatively easy diving. 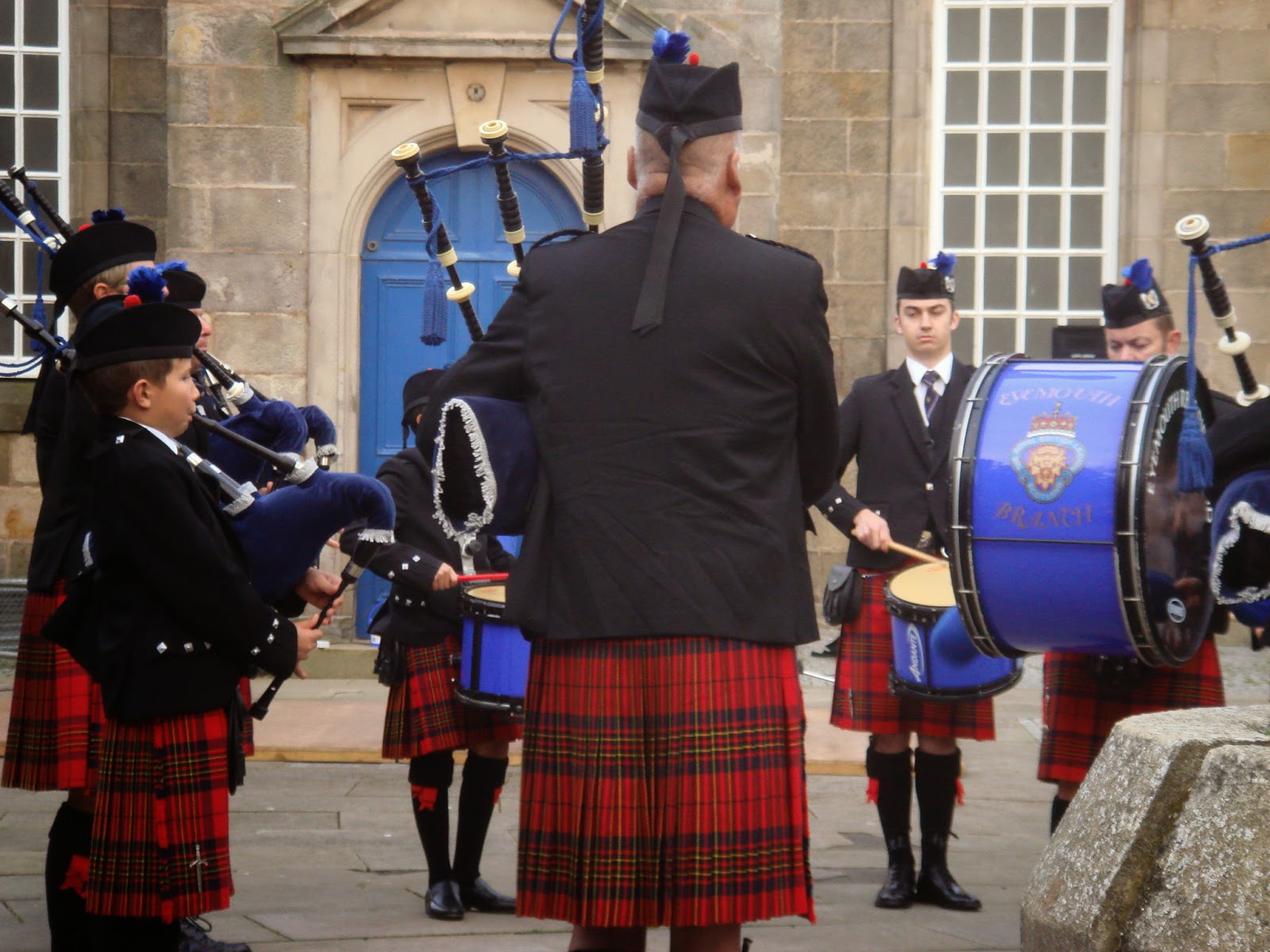 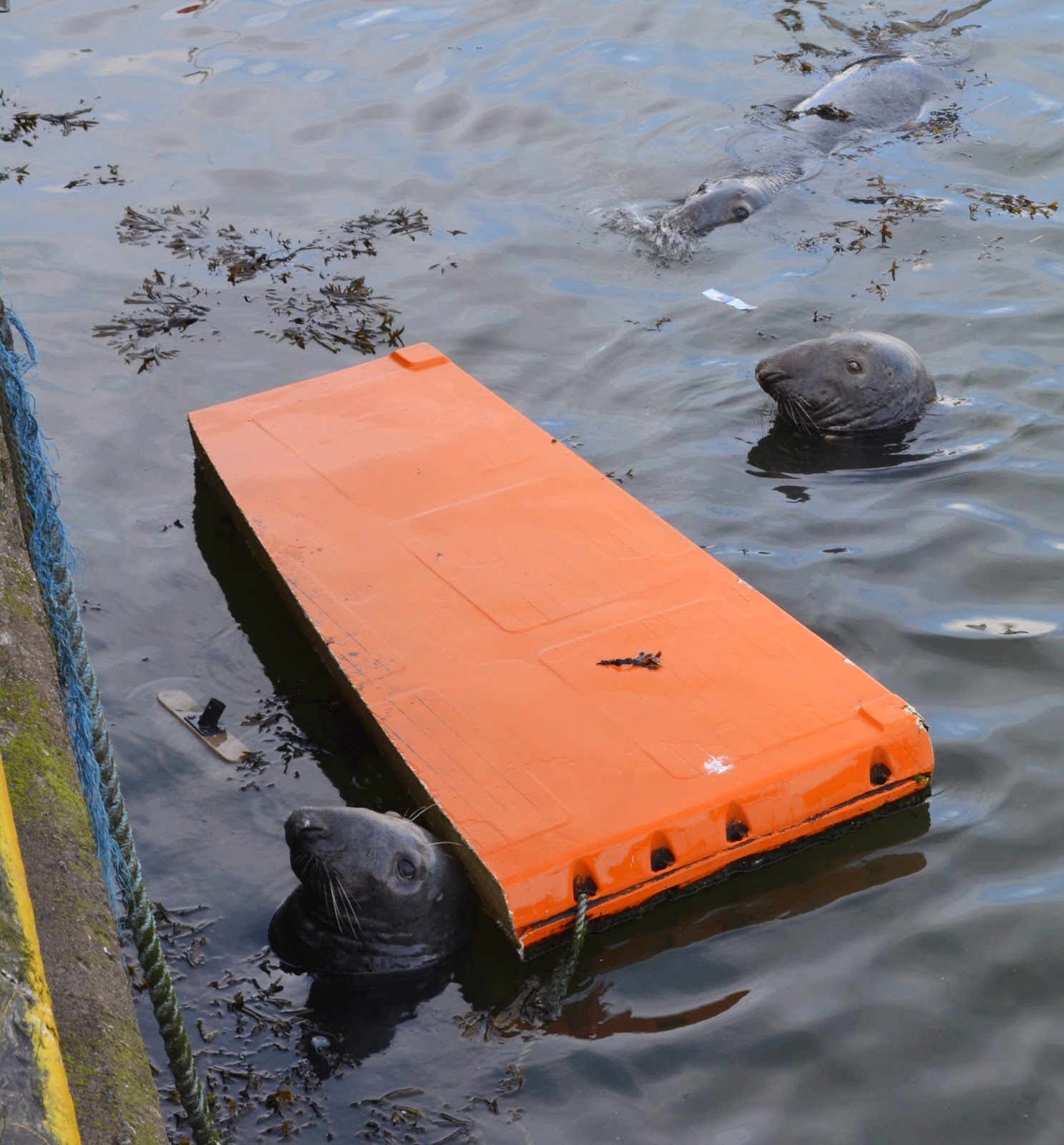 For me, it all started at about 6.00 am on the Friday, when Teresa picked me up, helped load my gear, and we set off through London, missing the worst of the rush hour traffic, arriving at our accommodation in nearby Eyemouth by mid afternoon. At which point we found that our boat (MV Shore Diver) was temporarily out of commission, with a duff engine. Fortunately, our skipper (Paul Crowe) had sorted us out a boat for the following day.  In the meantime, we fed the seals in Eyemouth Harbour and then ourselves, with a gentle meander back up the hill to our accommodation.

The forecast for the weekend was a little on the blowy side (primarily south easterly), but there are sufficient sheltered scenic sites, so that although it was a bit of a bumpy ride there and back again, the sites themselves where fairly smooth. This did, however, put the kybosh on the anticipated wreck diving on the Glanmire.

Saturday was the earliest of the starts we had at St Abbs – a small fishing village in South East Scotland, St Abbs Head being the point at which the coast of SE Scotland turns west into the Firth of Forth, and on good days you can see (and dive) Bass Rock. On this day, we were with Pete Gibson, on his boat Stingray. And a new experience for us all on loading the boats. The harbour, as with so many in the UK, is virtually dry at low tide, and there are no steps in the harbour, just the usual ladders recessed into the harbour wall. To load the boat therefore there were a couple of small derricks with ropes on which to fasten kit, and then carefully lowered on to the boat. We picked up the process quite quickly, and with people at both ends of the rope loading and unloading was faster than might have initially been thought. It also helped once the tide came in as there was less distance for everything to travel.

St Abbs is a marine reserve, with only the local fisherman in day boats being able to take anything. This means that marine life is quite prolific.

All the dives were in the vicinity of St Abbs Head and varied between about 15 and 25 metres. The visibility was good by the standards of the usual south coast dives that we usually undertake. However, it was clear that the about 10 metre vis was considered quite poor by the locals as they kept apologising for it.

As we were pretty much confined to the same sites, the flora and fauna were much the same throughout. While there were the familiar lobster and crab, these were by the score, particularly the lobster. Carpets of brittle stars, plus sunstars and other starfish were found. In addition to different sorts of anemone - dahlia, plumose, crabs edible and velvet, others saw wolf fish and even a conger. 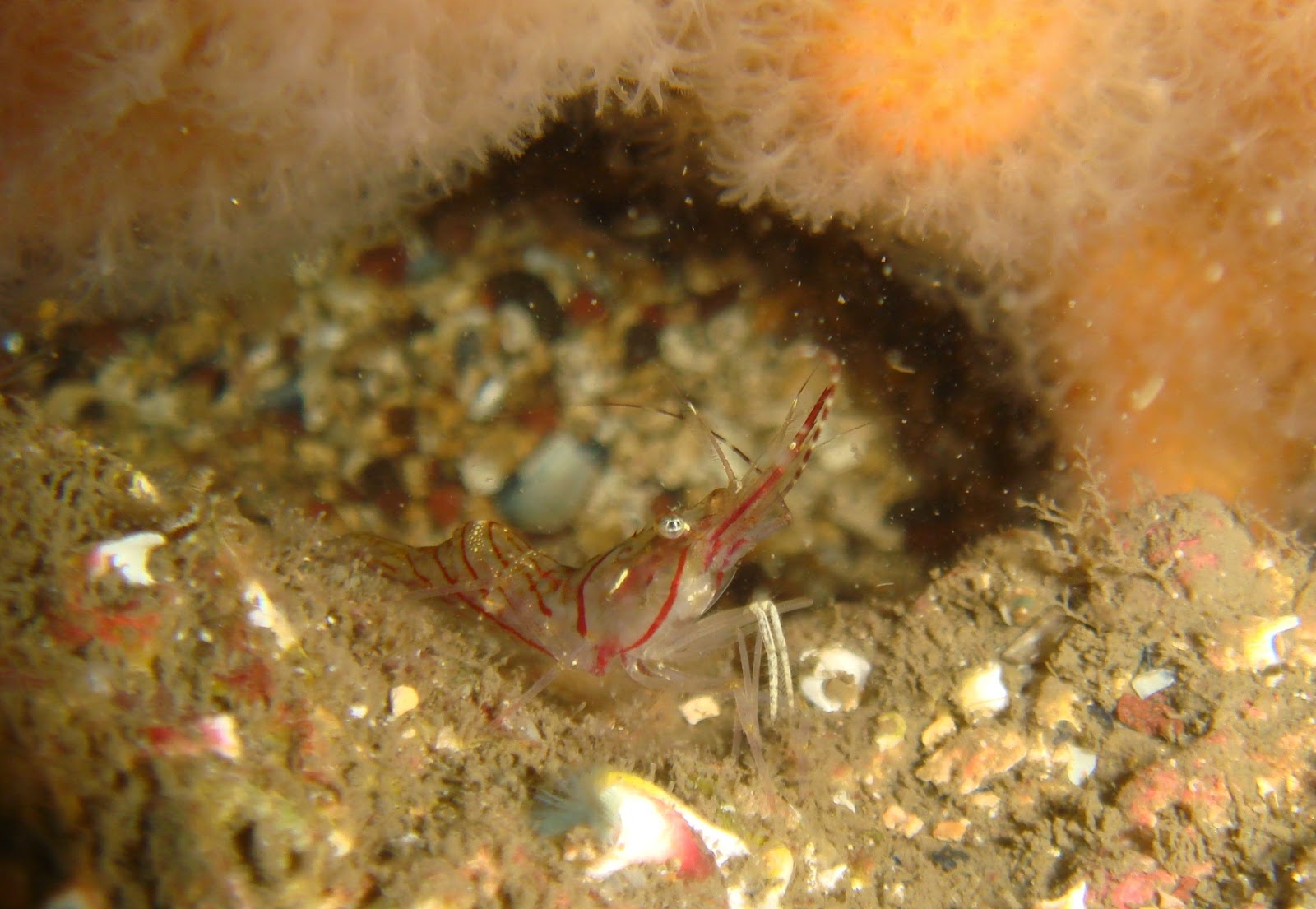 Sunday was overshadowed by hearing that a diver from another boat had been lost. All the divers about to set off, including us, were asked to dive the site where he had been in case we could find him. When we arrived at the site the RNLI were already there, as were several fishing boats as well as the dive boats, and the air sea rescue helicopter joined in, unfortunately he was not found. From the little information we had though it would appear that he and his buddy had separated early in the dive and then continued their respective dives (which apparently was common practice for these two people) – which is a lesson to us all to ensure that on separation we surface promptly.

Monday the wind came up sufficiently so the planned 30 metre dive on the Glanmire didn’t happen, but a sheltered one by Pettico Wick and the other side of cove did. The swell made it too difficult to dive in the more open sea.

A bumby ride there and back, but quite calm once within the cove. A pleasant picturesque dive, with similar things that we had already seen – lots of lobster and an octopus. I spotted a multi tasking male! (crab), fighting another, presumably male, crab whilst mounted on a female crab waiting for her to moult before having his wicked way.

Tuesday, it was off to the Farnes, all of thirty miles down the road. We arrived promptly at Seahouses. There were several other boats going out, including one that seemed to be full of underwater scooters, perhaps they were going to try and keep up with the seals! 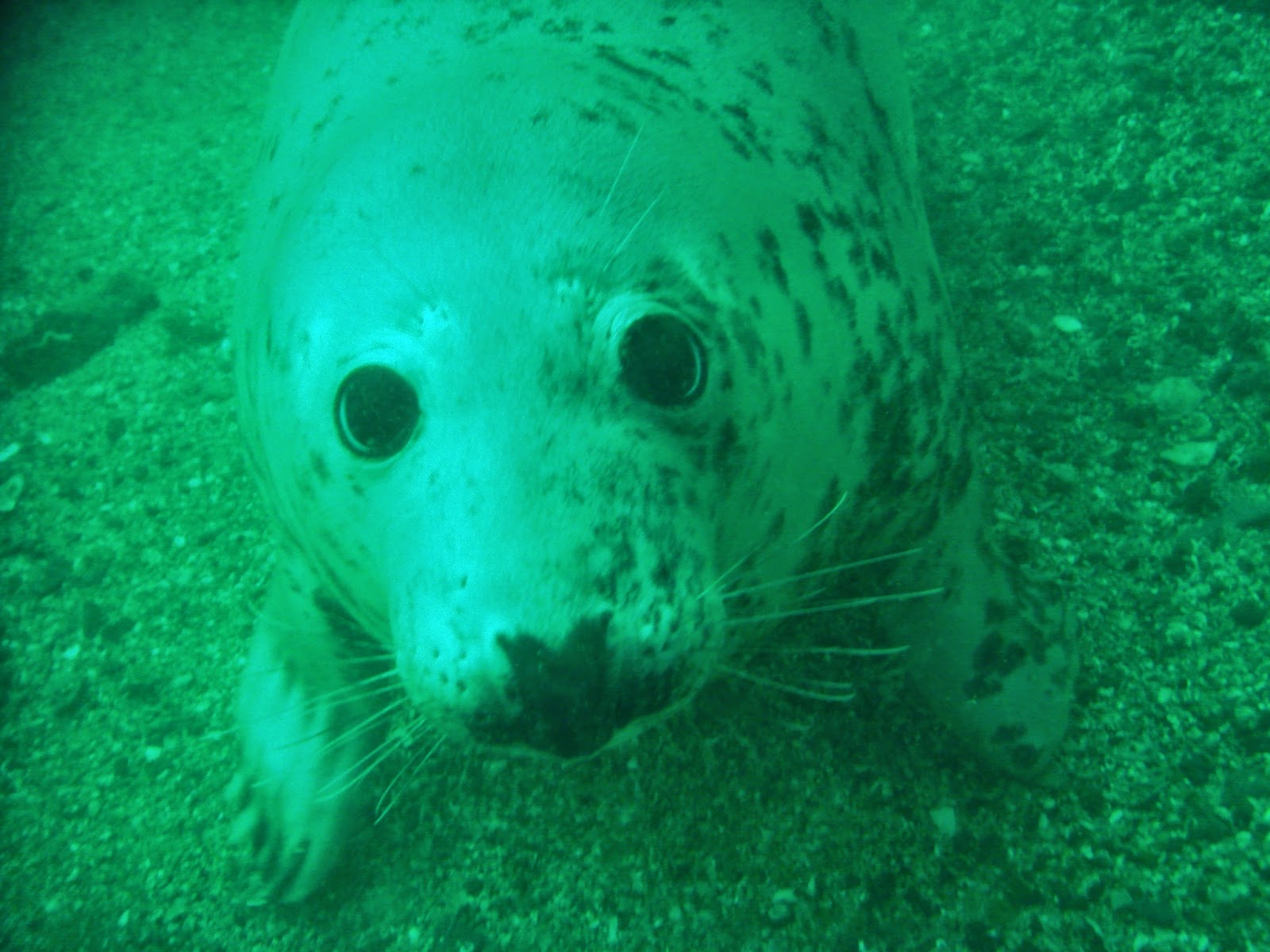 The first dive was very shallow, so shallow that Andy’s computer didn’t register that we were underwater, albeit at less than 2 metres.  We were supposed wait for the seals came to us, while we swayed with the kelp. They did eventually, but only two or three, and then very fleetingly, so we moved somewhere a bit deeper 6-7 metres and a few more came and investigated. While we were waiting we spotted a few crab, not many fish of any size, the odd sea urchin etc. After about an hour of this we surfaced. Had a bite to eat and went back in at another nearby outcrop of rock, which the seals frequented.

We then slid back to the depths of about 20m and swam partly round the island and back at about 12m, a few shrimp and crab were the main invertebrates on display as well as lobster, until the seals joined us particularly on the swim back where they decided to put on quite a display especially once we’d stopped and were considering surfacing. When an especially playful couple decide to investigate us and play with our fins, it became a shame to finish the dive, but it was captivating watching their dexterity so intimately.

Then back to Seahouses for the long drive home. 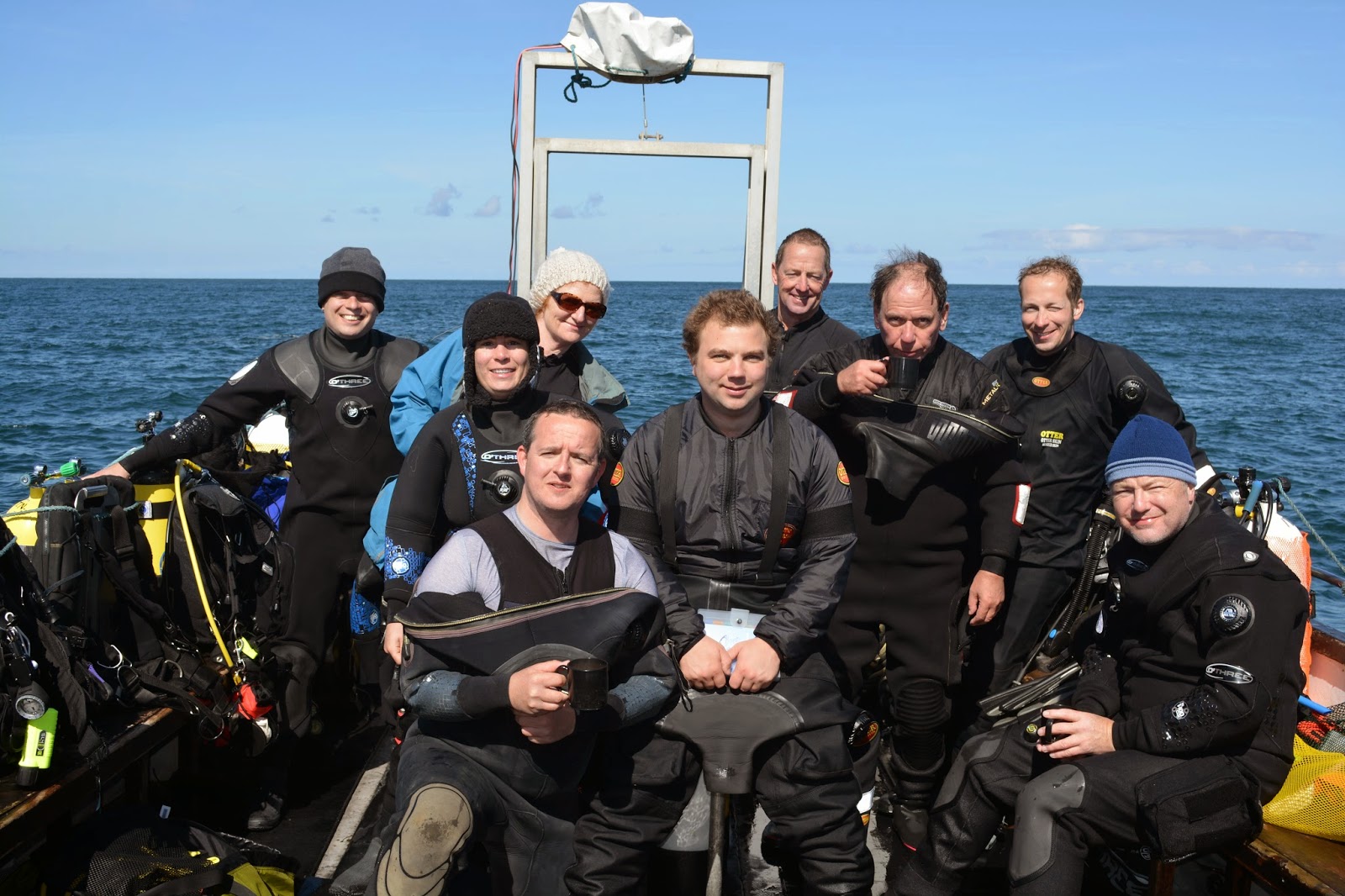 We were well looked after by the various skippers, and it was pleasing to find that they thought we were a good bunch, including the feedback from  Seahouses “Toby said that you guys were one of the best crowds he has had for a long time, and for my brother to say something says a lot, so thank you". 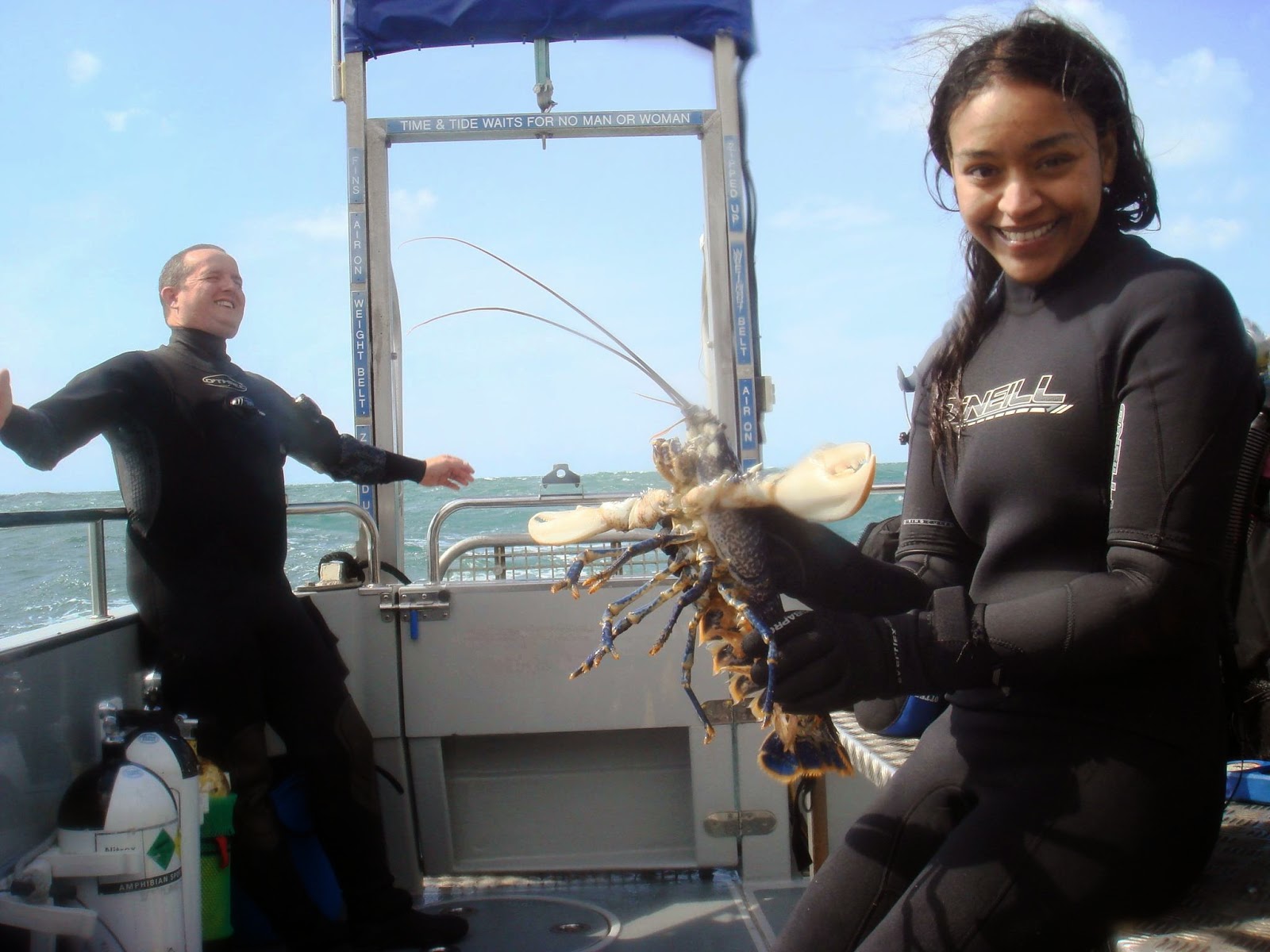 Ex-hurricane Bertha brought some challenging winds to the south coast this weekend, and Steve (skipper of Channel Diver) queried whether we actually wanted to dive today. As we’d already made the effort of an early start and had travelled down to Brighton for a 7am load-in, we decided to give it a go, and the 9 of us (Colin and Jörn sadly couldn’t make it today) dived the SS Pentrych, a large cargo ship torpedoed and sunk in 1918.

Teresa and Sally dived together, Frank, Grant and Ken formed a trio, Brett dived with Ishka, and Daniel dived with Victor. There was plenty of wildlife on the wreck – tonnes of shoaling fish, a few crabs and congers, one massive lobster, another beautiful lobster that posed for photos back on the boat later on, and blennies.

Water temperature was 19 degrees C. Visibility was 2 or 3 metres. Depths of around 22 metres were reached.

With the winds getting stronger, Steve canned the second dive and we returned to harbour before 1pm. Seasickness had affected some of us, but the sun shone and the winds were pleasantly warm.
Posted by Victor at 13:05 No comments:

Buckland Lake, where the club has done much of its open water training over the last few years, has re-opened following last year’s fire which resulted in the closure of Buckland Dive Centre. The dive site is now being operated by Janine and Tony of Southern Scuba ( http://sscuba.co.uk/ ). 10 of us went over for a day of training and testing kit, on a sunny Sunday in August.

The dive site opens at 10am on Sundays, however the gates were already open at 9.30am and a few carloads of divers had arrived before we did. The very helpful Chloe of Southern Scuba was in charge today, and sorted out some of us with hired kit, cylinders, tea and coffee. Entry is £10 per diver, and includes parking and hot drinks. The kitting-up area (previously vulnerable to flooding) has been fixed and there was enough space for the 20 or so divers there today. There is currently no compressor on site, however full cylinders can be provided at a cost of £10 for the first, and £5 for each thereafter. Hired kit seemed to be new and of a decent quality. Hired cylinders and kit needs to be booked in advance (preferably by the Thursday before your weekend visit).

Vu was our sole Ocean Diver student today – he did well with his first taste of UK visibility and temperatures, and completed open water dive 001 with Ken. Of the Sports Diver students, Ishka and Daniel were instructed by Brett, while Richard (from Hellfins) and Jörn went in with Victor. Jane and Ed were testing kit, and did just the one dive.

Visibility was pretty bad at around a metre, but we persevered. The water was a pleasant 23 degrees C at the surface, but as low as 13 degrees at 10 metres, with a dramatic thermocline at 5 metres. The lake’s underwater attractions and facilities (including several platforms and wrecks) are still present and correct, while the resident shark oversaw today’s action from its dry dock. 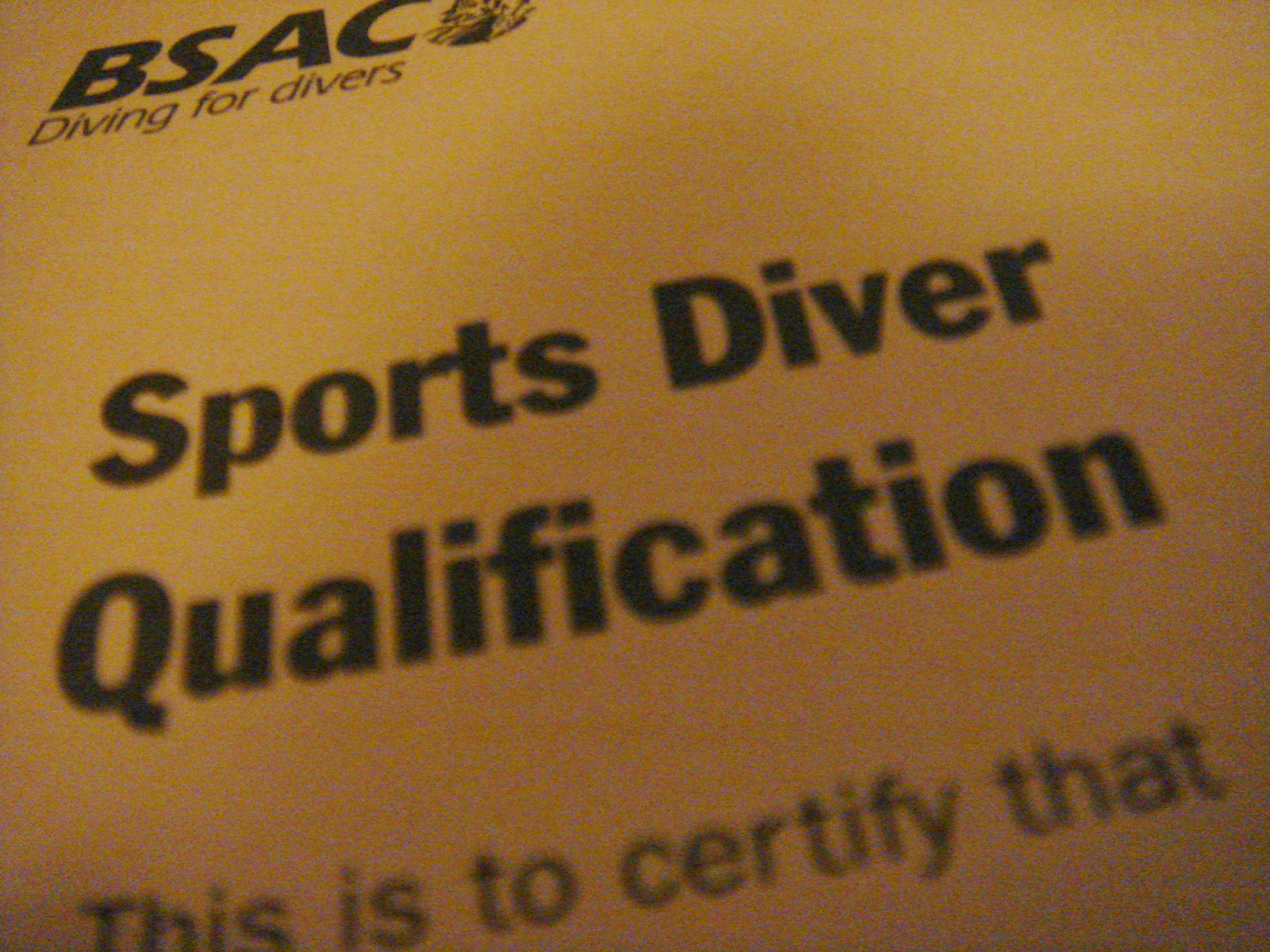 Divers generally behaved themselves today, and very few official reprimands were issued – these related to Ishka attempting to impersonate a doctor (probably illegal), and Vu smiling too much.

This visit to Buckland was productive in terms of signing off Sports Diver training. Ishka and Jörn completed SO2 and SO4, Richard completed SO4 (as well as going over SO2 which he’d already had signed off), parts of SO5 were done, and Daniel did a last few things (compass navigation etc) to enable him to finally qualify as a Sports Diver. Congratulations, Daniel!
Posted by Victor at 00:38 No comments: