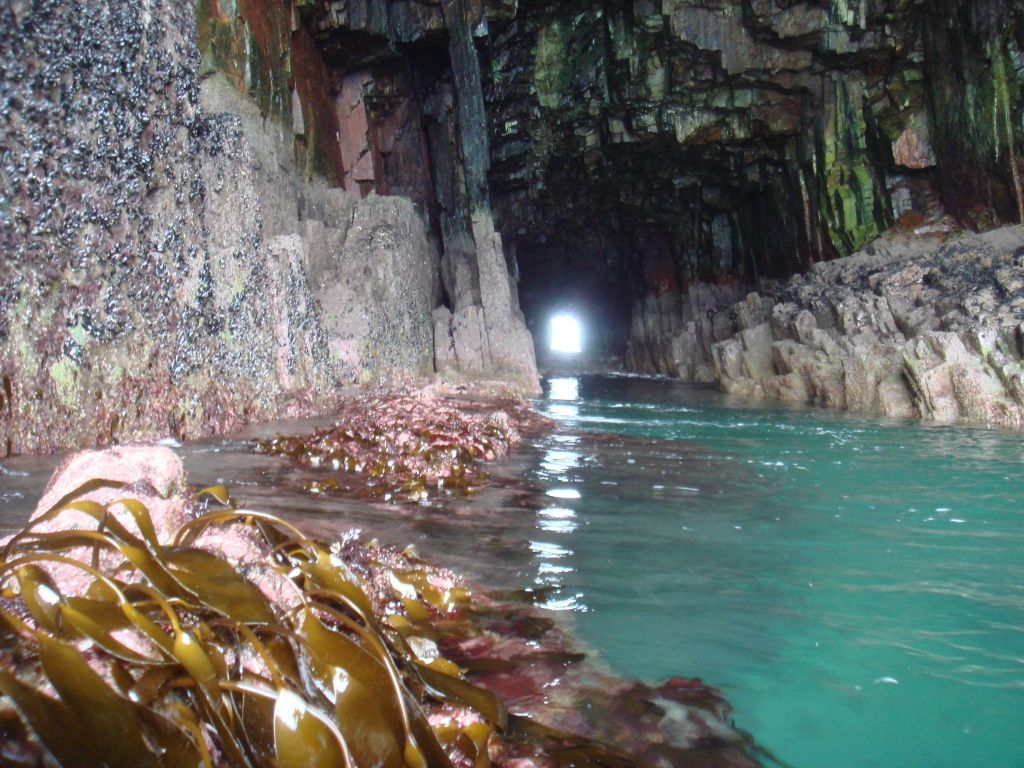 Engine problems on the mothership Embarr gave us an unexpected Tuesday morning in the sheltered waters of Holeopen Bay on the east side of the Old Head of Kinsale (An Seancheann). With an inviting coastline not far away from where we had anchored, it was only a matter of time before someone suggested we jump in for a snorkel. Lee, Sue, Victor, Colin, Bjørn and Grant made the swim out to the nearby caves, where we saw spider crabs and edible crabs in the shallow waters, as well as thousands upon thousands of sand eels doing their synchronised dodging of divers’ fins and hungry gulls. 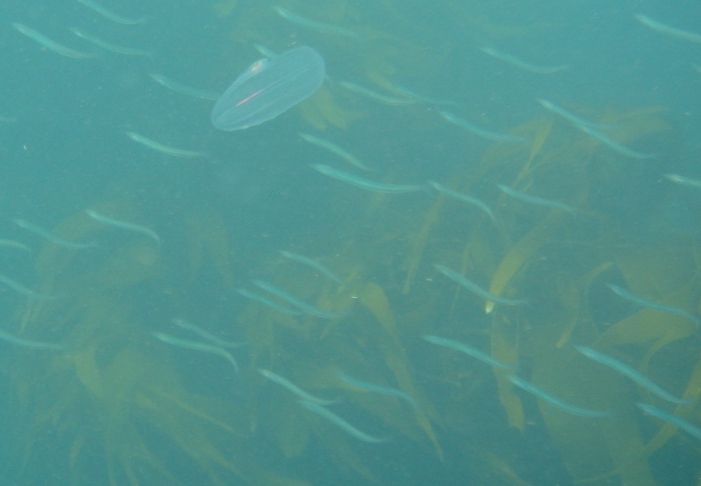 These caves are aesthetically and geologically interesting – the folds of the rocks, and their many different colours, made this a very scenic swim. One cave was open to the sea at its west end, meaning some of us could climb out, doff fins, and walk through to see the rougher waters on that side of the headland. Other rocks provided good resting places from where the scenery could be appreciated. 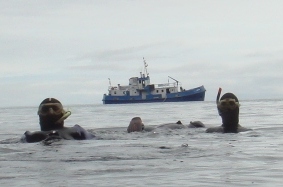 It was refreshing to be in the water without the burden of huge amounts of kit. Wetsuit snorkelers moved with ease in the water compared with those of us who attempted to snorkel in our cumbersome drysuits. A torch proved useful in the caves, as did an inflated DSMB (for steadying a camera, and for resting one’s head when admiring the avian life and the multi-coloured rocks above).


We resumed our diving that afternoon with a visit to the wreck of the SS City of Chicago.