Slightly nervous about being on the Thames for 2 days in early March as I am prone to feeling the cold. We were fortunate with the weather (although still too cold for me) in that the sun came out on both days and we finished just before the rain started on Sunday. The course was based next to Catherine’s docks at the headquarters of HMS President. This is the base for the Maritime Volunteer Service which is a charity run organisation which allows a group of keen and skilled volunteers to develop their skills in boat handling (in other words play with boats). 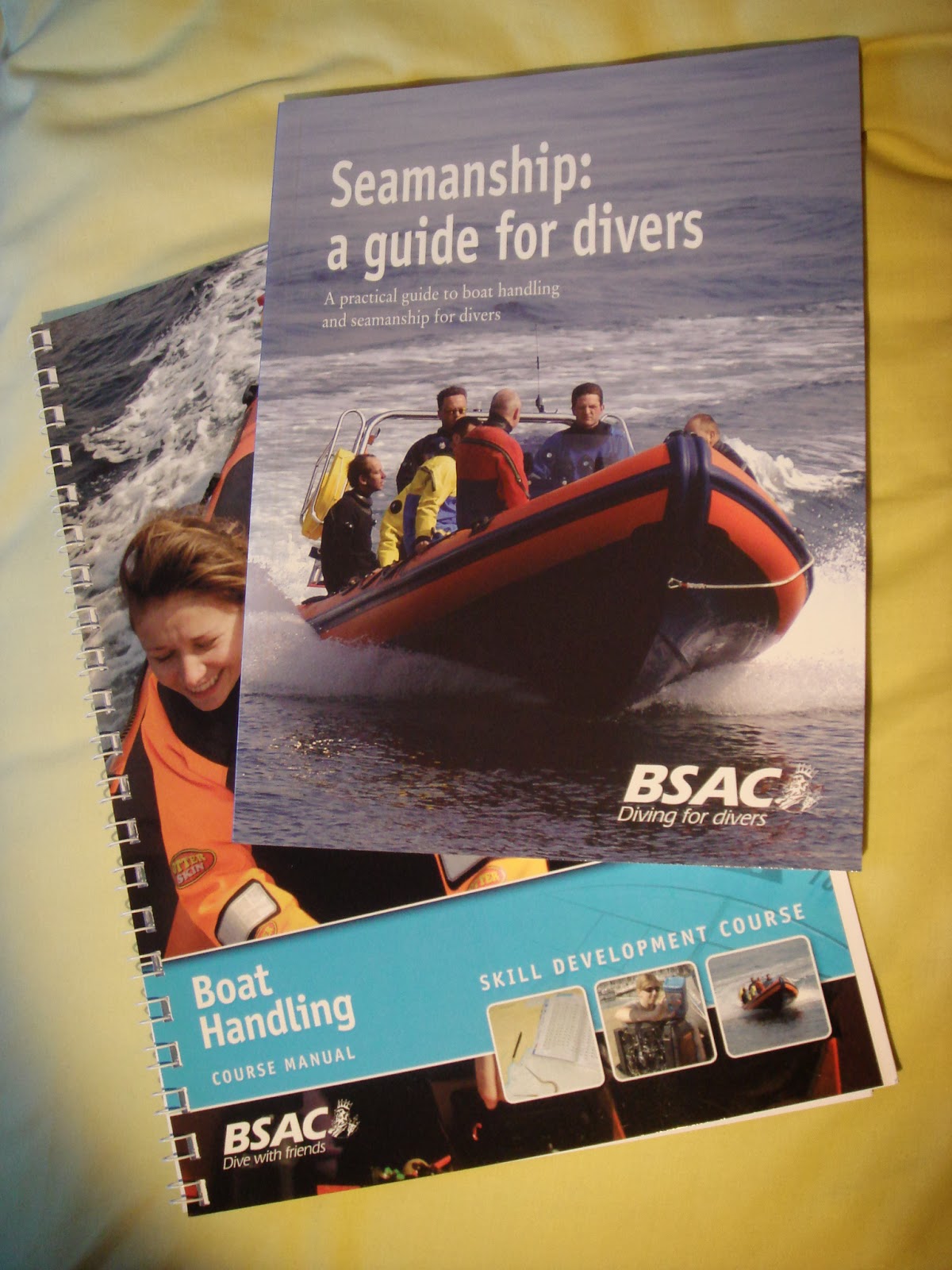 Grant, Colin and myself were the keen trainees along with three dive members from Clidive. Our trainers were Don, Joli, John and Ben. Kim was our trusted helper for the 2 days trying to get the boats started and fitting in some well needed knot practise when possible. Joli was the overall organiser and managed to pack in a full programme for both days. The course comprised of theory sessions on the hard boat and long practicals on the river.

Our first jaunt was with Joli to the Thames Barrier where we were then shouted at by the Port of London Authority because we were too close and quote “didn’t you have your radio on?” We must have been too absorbed in the driving to hear him! I practised a few manoeuvres with varying success. Finished practical at about 3pm and had a late well earned sandwich before digesting chartwork theory by instructor Ben. He was an excellent instructor and managed to make plotting a journey using a compass look relatively easy. I must buy that special instrument he used that made it all a lot easier. Finished by 5.30pm and had luckily warmed up from being out on the Thames earlier.

Straight into the RHIB the next day. Ben took the three of us out on the RHIB. I now felt much more comfortable behind the wheel and managed to do most of the manoeuvres as expected. I can now pick up a diver from a RHIB without running over them and time the drop-off (approximately) for the diver to get to the buoy. The diver was simulated in the shape of a large water bottle. Initially picked it up when it was thrown in water as didn’t want any more litter in the ! My particular favourite manoeuvre was a sharp lefthand then sharp righthand turn consecutively. Felt a bit like Bond girl without the youth and glamour.

Another theory session by Joli in the afternoon and knot practise by Ben. I have to say knots are not my strength and I said something like “I can’t do knots” to which Ben replied “if you can tie your shoe laces, you can do knots”. Eventually I managed to do a bowline knot and a few others. A final practical session for both groups in towing each others’ boats with instructor Don enabling us to practise those knots again. Finished the day in the nearby pub for a well-earned pint and dive chat as well as chat about the Maritime Volunteer Service. Some Bermondsey members are interested in joining the MVS to build on the boat handling skills we have learnt over the weekend and all of us are keen to complete more courses in chartwork and GPS. Overall an excellent course run by very committed, patient and skilled volunteers who really deserve more than a pint in the pub at the end of the day. Big thanks must go to all the instructors who gave up their weekend to train all of us to become semi-competent boat handlers.