After 2 dives in Swanage the day before, and a slow drive eastwards to Lymington, us divers were ready for the pub, and the Thomas Tripp PH proved perfect. Good grub, quiet room for diners, good beer etc. 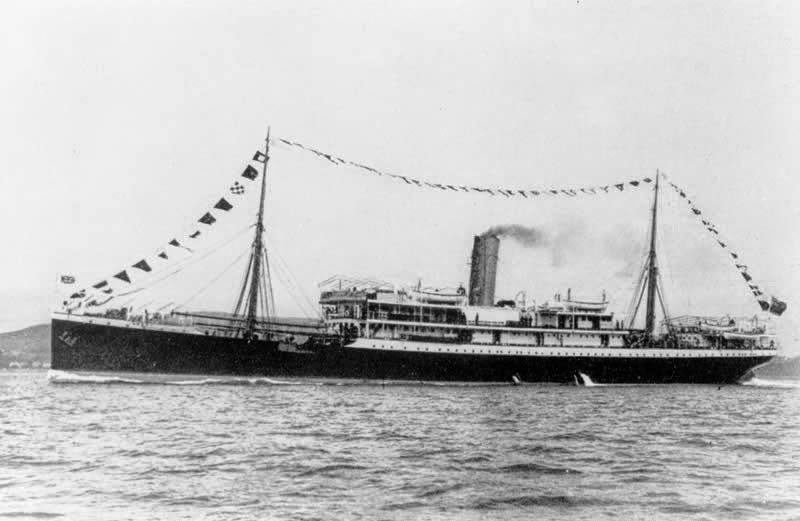 The following morning 11 divers met at 10.30am in the Royal Lymington Yacht Club car park (£8 all-day parking, or free on the nearby streets to the west). Once the throng of sailing tykes had hauled their optimists into the water, we loaded Wight Spirit (skipper: Dave) and set off for the SS Mendi. Dave warned us about the visibility at that site, but we’d organised this trip around a visit to this particular wreck, and so wanted to stick to the plan. Some of us had read up on the tragic story of this wreck beforehand (see: http://www.wessexarch.co.uk/projects/marine/eh/ssmendi/index.php ). As this was a deeper dive (40m to the sea floor) than the club normally organises, we’d all logged detailed dive plans with today’s Dive Manager (Brett). 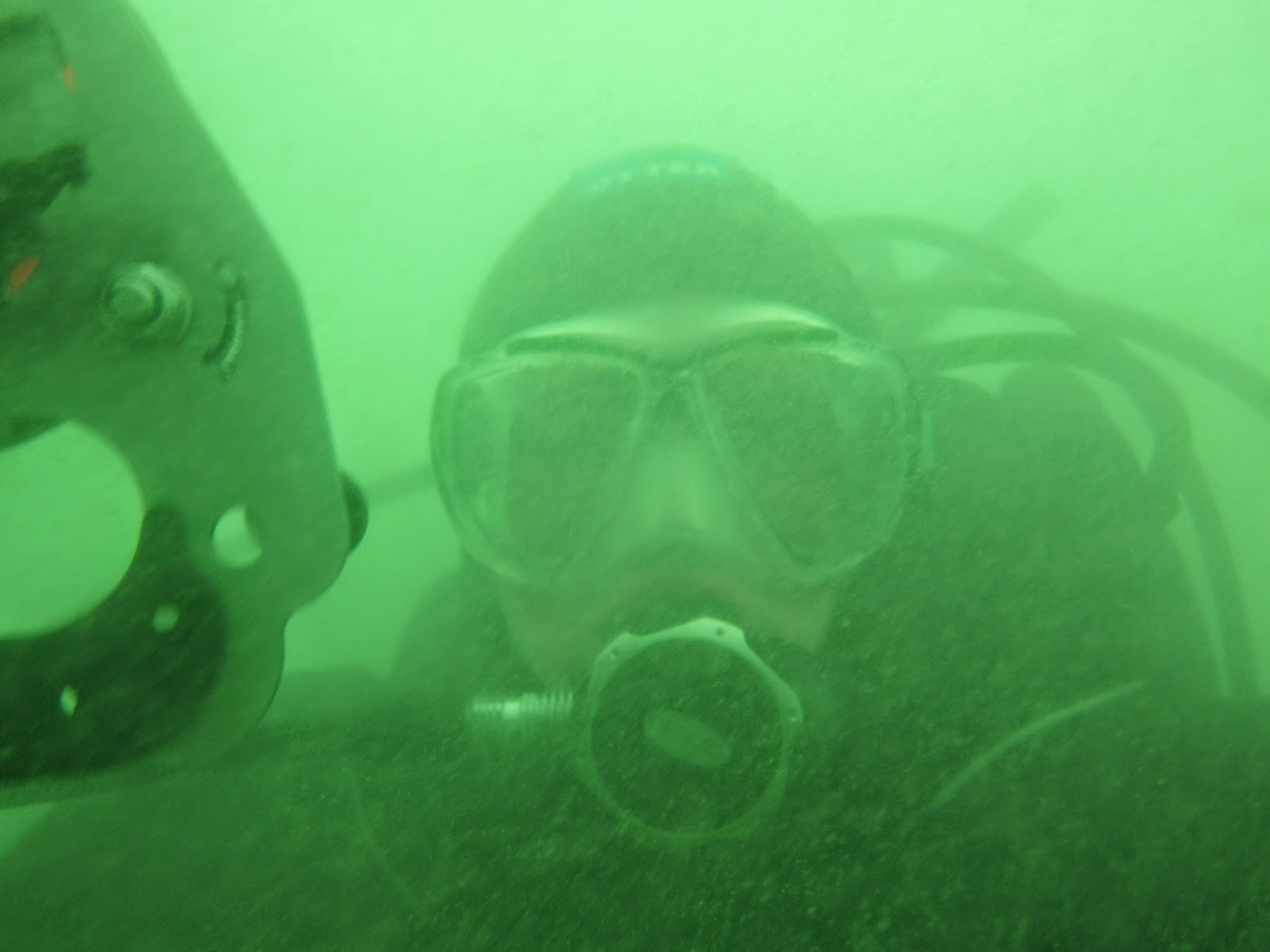 And yes, the viz was pretty awful at less than 1 metre. Going down the shot line, at 21 metres it was already stygian enough for Victor to can the dive. Others at least made it to the wreck for a respectful look around this war grave. Elaine and Brett saw congers, lobster and crab during a decent 29 minute dive. Frank and Alan unintentionally entered the wreck (easy to do in such bad viz) and after a sobering few minutes found their way out by following their bubbles. Ken and Ian went techy and did 57 minutes. Elaine brought up an edible crab which proved to be a little soft and had to be put back. 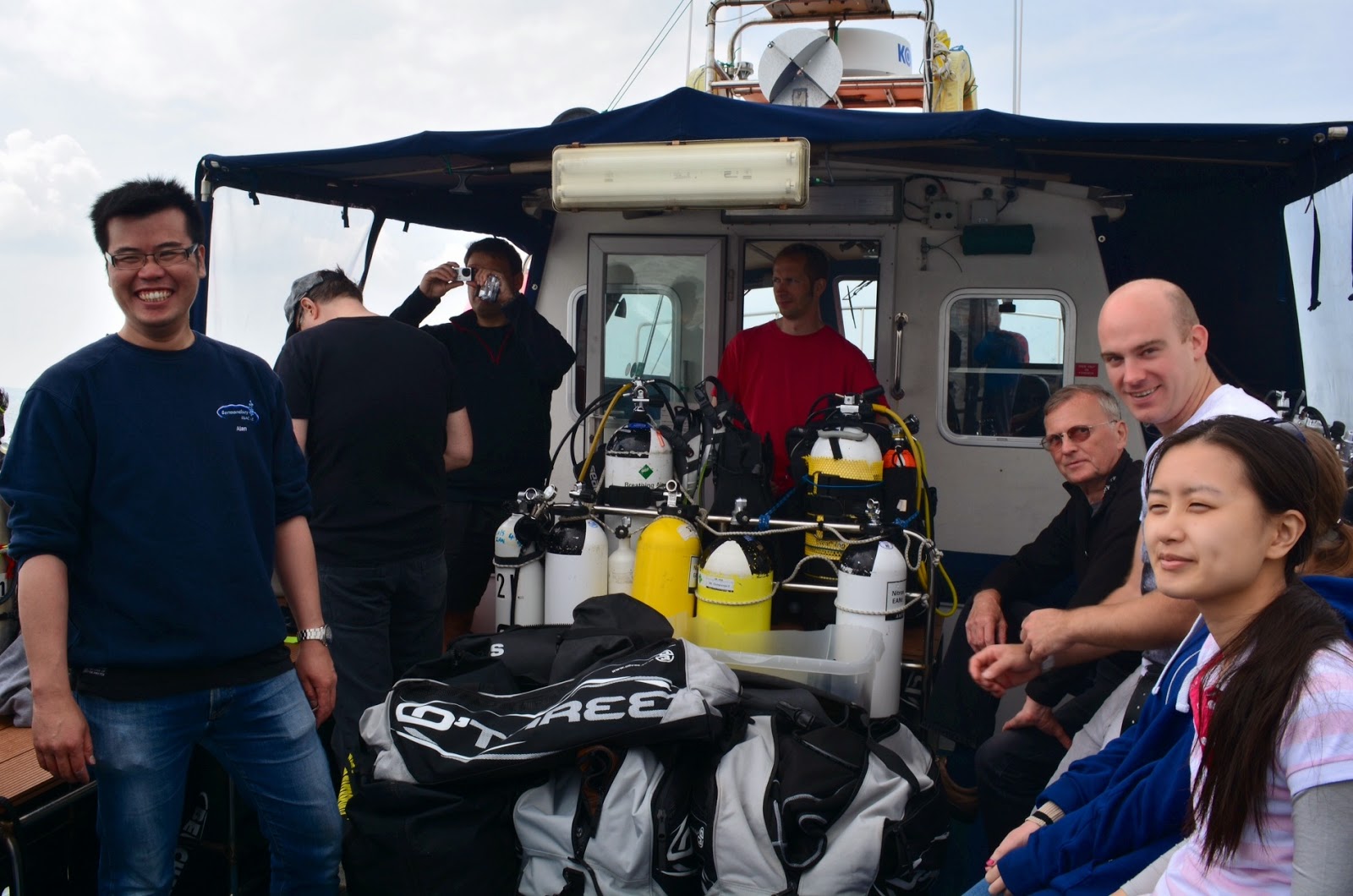 The second dive – the SS War Knight – was closer to the Isle of Wight shore. Visibility was very bad here, too, such that although all 10 of us reached the wreck, most returned to the surface with unloggable dive times of 6, 9, 12 and 14 minutes. Alan and Frank managed 38 minutes down there, and Brett – diving solo for most of his dive – did 46 minutes.


Opinions on this trip varied. The bad viz generated disappointment, with Ed saying it was the worst day dive he’d ever done (Ed’s been diving 28 years). There were, however, positives. The weather was OK. The trip gave newer divers a chance to do some proper gas planning and depth progression. Others said they would return to dive this wreck again in better viz. And thanks to thorough dive planning, nobody got bendy on the Mendi.
Posted by Victor at 13:42