“The wrasse are extremely amorous at this time of year” – Lee. 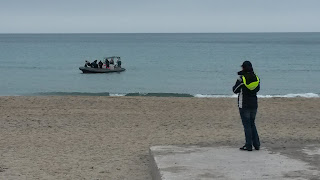 Over the early May bank holiday weekend we did 5 dives in 3 days from the RHIB Stingray (http://atlanticscuba.co.uk/ ), skippered by Mark. Clive had booked us onto the dives, and lucky for us the weather enabled Mark to collect us from the beach at Pentewan Sands (the campsite where we stayed) for all the dives.

Some of us arrived on Friday afternoon, the rest on Saturday morning. Our first dive was at Black Head Reef, not far from Pentewan. This was a scenic dive, with visibility at 5-ish metres. After a short break on shore, we dived the impressive Kanteong wreck (or, at least, the parts of it that weren’t salvaged). Visibility was better here, and large wrasse and a cuttlefish were seen. On Sunday we ventured out to Gwineas (Gwinges) for another scenic dive (but with bonus wreckage, possibly of the Ardongorm), and later did a dive very close to Pentewan, at Penare Point. Monday’s only dive involved us travelling further south to do Curran Vean Reef.

“There were small animals eating each other and having sex – wonderful!” – Lee (again). 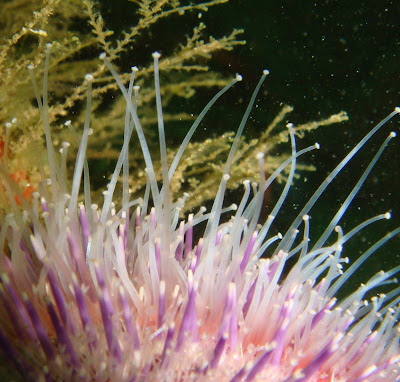 We didn’t think much of the campsite’s restaurant (The Seahorse), so ate at the nearby Ship Inn on Saturday and Sunday nights, where there was a hilarious pub quiz on the Saturday in aid of the charity CHICKS. Some of us sampled Scubafest’s evening entertainment on Sunday evening, visited the stalls in the marquee, and said hello to the BSAC people running the try-dives, but we otherwise didn’t get heavily involved in Scubafest. The event’s food and ents marquee had been cancelled due to lack of interest, and by Sunday there was a real feeling that Scubafest was already over – we only saw one other dive boat that day (Woodpecker, presumably running from Mevagissey), and nobody else seemed to be diving on Monday. The compressor people (who had replaced the team from Bauer at the last minute, after they pulled out) had understandably packed up and left by Monday morning.

The weather was excellent on Friday and Saturday, but was grey on Sunday and Monday morning. Seas in Mevagissey Bay were pretty much flat all weekend, which was great. Water temperatures were about 10 degrees C. 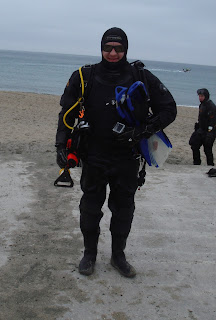 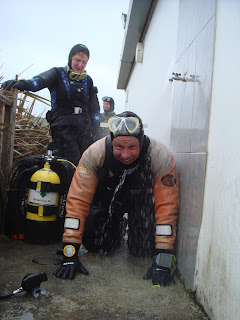 Our accommodation at Pentewan Sands was fine – we stayed in 2 cabins (4 of us in one, 5 in the other). On Monday we could make use of the on-site pool, which had been used for try-dives on Saturday and Sunday.

Everyone did their bit to make this a successful trip. Thanks, Clive, for organising the diving and accommodation and being DM, Sally for herding us cats, providing pizza and hot chocolate and sorting out fills, Geraint for bringing a van which proved immeasurably useful, and Pat for the initial investigating and the brandy and lovage sampling session.