On the 11th of July 8 members of the club went on a sea dive out of Shoreham. With clear blue skies and a comfortable 16 degrees water temperature, we set out on the 1.5 hour journey on the Buccaneer to the first of the day's dive - the "Ore Wreck". Previously know as the Concha, she was a Belgian steamer weighing 883 tonnes and sank following a collision with another ship called Saint Filians, after a 20 year long career in 1897. Vis of 6m meant that what little remains of the Wreck other than the exposed cargo of iron ore, such as the stern propeller, were visible.

Following the first dive, sea-sickness was beginning to get to myself and Ken, making us even keener to get into the water for our second dive - the Jaffa. The Jaffa was a 1400 tonne armed (4-7 inch guns) merchant ship built in 1897. She was sunk by a German torpedo on 2/2/1918 with the loss of 10 lives. The wreck was very much intact with 3 boilers clearly visible. Huge lobsters seemed to appear around every other corner (though somewhat elusive to Pat). Another highlight of the dive was Ross and Colin's world record-breaking attempt at the longest decompression stop - only ascending after a painstaking 25 minutes. All in all, both dives offered a great opportunity to explore and a great first taste of a sea dive for me. 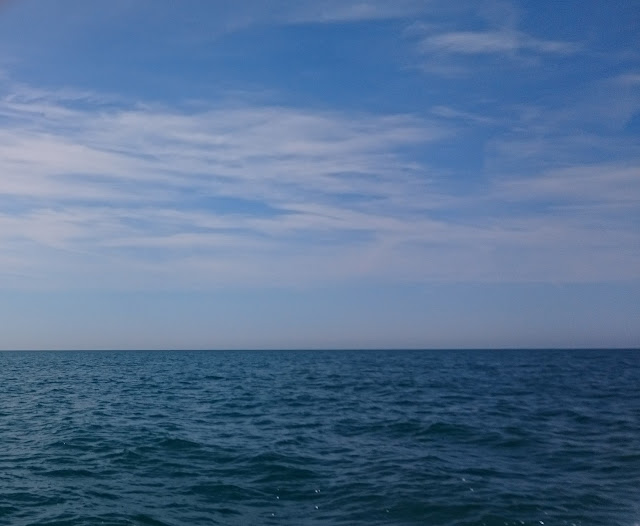 Saturday 11th July just couldn't come round quick enough! We had a day's diving booked at Shoreham-on-Sea onboard the excellent dive boat Buccaneer. The reports of warm water, excellent underwater visibility in the Channel and warm weather above were making the wait very painful indeed.... The days sure did tick slowly past!

At last it was upon us, The Saturday dawned bright, but a tad windy and it took some clever planning by Sally Homer (dive Marshall) and boat skipper Chris, to give us a plan to fit in two wreck dives and then be back home snug in harbour before the expected wind speed rise increased too far in the afternoon. Their plan worked superbly, ropes were duly "off" at 09.30 and on board were the usual suspects of Sally, Pat, Ross, Lee, Colin, Ken and myself, joined on this notable day by Ben Udall who was itching to get in the water for his first ever sea dives.

Our ride out was a little lively but we arrived at the the first wreck "The Ore Wreck" in ample time. Once kitted up we pulled ourselves down the line to find that the effort was well worth it, the viz was 8 metres or more and the ship was laid out below us like an architect's drawing! It looked like a ship and was ready to be explored. Not that the ship was easy to see - there were so many fish, that at times you couldn't see where you were going! And as for the other residents, every nook and cranny had an occupant. There were crabs, lobsters and scallops in abundance, some of which made their way into young Ben's goody bag!

Everybody came safety up and the talk was all about just how good a dive that was. Possibly one of the best? But ....that reputation lasted for only an hour... Now we were ready to explore the "The Jaffa". The Skipper was again spot on with the shot and down we went to find yet another spectacular wreck, again teeming with life and even better visibility to see them with. Numerous good size crabs and lobsters, sometimes even in pairs! The wreck was shallow, the water warm and there was lots to see. It genuinely was a shame to have to come up! But of course we did and Ben's mask was now filling with water due to his huge grin and sheer excitement! Congratulations to Ben for completing his first two sea dives, although it was impossible for everybody not to enjoy what could easily be two of the best UK sea dives of this season.